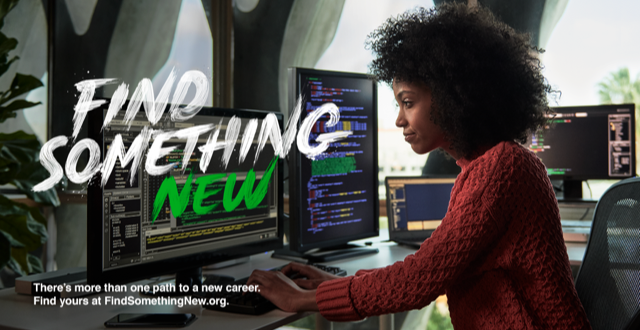 BeachCoders® Acadamy is jumping on a new White House initiative targeting students, mid-career workers, and the millions of people who are now unemployed because of the coronavirus.

The “Find Something New,” the campaign is backed by Apple Inc. and IBM Corp.

The Trump administration has long emphasized skills-based job and vocational training as an alternative to two- or four-year college degree programs for high school graduates, arguing that college isn’t for everyone and that a degree isn’t required for many jobs.

The campaign had been in the works for some time but gained new urgency after efforts to slow the coronavirus outbreak left millions of people unemployed.

Ivanka Trump said President Donald Trump has been talking about alternate career paths since the beginning of the administration, in part because of growing automation.

“Now as a result of COVID, people need to, in some cases, learn a completely new skill,” Ivanka Trump said, referring to COVID-19, the disease the virus causes.

She cast it as an opportunity for people to get on a “new trajectory” and said, “We want to facilitate that connection back to the workforce and make it as smooth as possible.”

Ginni Rometty, IBM’s executive chairman, said during the announcement that the campaign will help encourage companies to embrace “skills first” hiring — as her company has done.

“Don’t look just at a degree, but look at the skills someone has and let them get started,” she said.

Apple CEO Tim Cook said it was particularly important during a time of racial strife to connect people with resources that can help them find well-paying jobs and build lasting careers.

“That mission has never been more urgent than now,” Cook said.

The nonprofit Ad Council created the “Find Something New” campaign with IBM, Apple, members of the Business Roundtable, and the White House’s American Workforce Policy Advisory Board.

A 30-second spot unveiled Tuesday features ordinary people talking about their experiences with career challenges and transitions. Among them are a fitness instructor who completed an apprenticeship program and became a welder after her gym went under, and a man who lost his job twice in one year took online certification courses and now works as a tech consultant.

Tiffany Anderson, of Leander, Texas, says in the ad that she didn’t have a career plan after finishing high school, but became a phlebotomist after taking a medical course online.

“You will find something,” she says.

A companion website offers links to education and training options, including online and virtual learning.

Ads will appear nationwide across TV, digital and print platforms in time and space donated by various media companies, the Ad Council said.

More than 20 corporations and organizations, including Apple, IBM, and the U.S. Chamber of Commerce, funded the campaign.

Beach Coders classes are small to provide a focused and engaging experience. Book your seat now before the sessions fill up! Enroll Now!